I hope your January was good and safe and now wish you all a Happy Safe February.

Yesterday morning my husband woke me with a ”Happy February”. Really ? ! Already February. It feels like it was 1st of January yesterday. Here are some January photos. For several winters there has been hardy no snow. Now there is a lot. I love it. It is beautiful and reminds me of my childhood wonderful winters. But, the strange thing is there is a lot of snow even in countries, places where there hardly ever is snow.

In the beginning of September my husband told me there is new mural in Karakallio which is only a few kilometers from us. On the way to the grocery store we went to look for the mural which is situated only a few hundred meters from the grocery.

The mural is painted by Jussi TwoSeven 2019. On the artist’s page I found the name of the painting. It is called Pandion Haliaetus Suteailah Nordnap.

This next one by him I saw when we visited the Helsinki Baltic Herring Market on the 12th of October. It is called Strix Nebulosa. I like both of them. There still are a couple more I hope to see live and have the opportunity to take photos of.

An other mural in Karakallio. The first one was painted by Teemu Mäenpää in September 2017. I photographed it in January 2018. My blog post of Jan. 16th 2018. A second mural was painted by the Argentinean artist Pastel in May 2018. We don’t go to Karakallio often. But, we actually were in March this year. But, I forgot to look for the Pastel painting. Yesterday on the way back home we drove through Karakallio. Ones again, I said, stop, stop stop. My husband, as always, WHY ? I spotted the painting I told you about for several times. It was in the afternoon and the wall was on the shadow side. My first thought was to go back, e.g. today. But, decided not to. The photos are what they are. 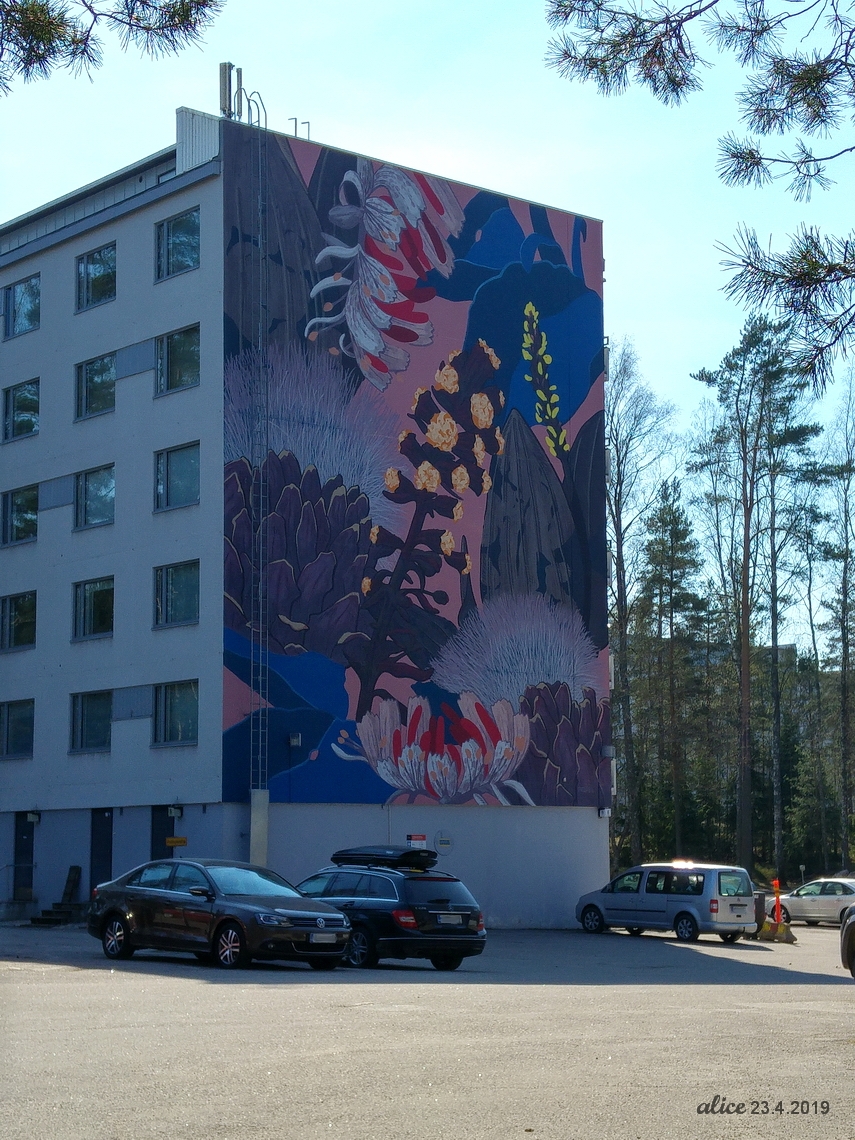 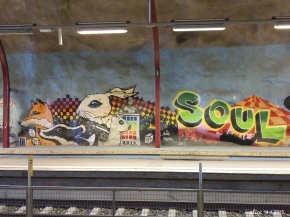 In the end of February I showed my son the photos I took at Myyrmäki railway station. He said, you should go to the Malminkartano station. There are a lot of street art/murals. Both Myyrmäki and Malminkartano stations are not far from us. Only about 6-7 km. We were there yesterday. My son was right. There are many paintings. I didn’t photograph all of them. Here are some I took. Once again, I took way too many photos.

On Wednesday 27th we both went visiting an optician situated at the Myyrmäki mall. I had my eyes checked first. So while my husband’s eyes were checked I went for a walk. I decided to go to the railway station which is right outside the mall. It is a long time since I was there last. I think I have not seen the paintings before. Or, I may have, as my husband suggested, forgot ! Either way, I’m glad I walked there and got to see them now and shoot some nice photos. The paintings are huge, colorful and impressive. 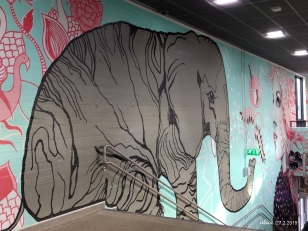 I googled and found out many were painted in 2015 when the railway station was renovated as part of the Ring Rail Line opened in the summer 2015 connecting Helsinki Railway to Helsinki Airport.

Some of my Wednesday photos were no good so I went back on Thursday to take some more photos.

This one is a short walk from the station right in front of an underpass. 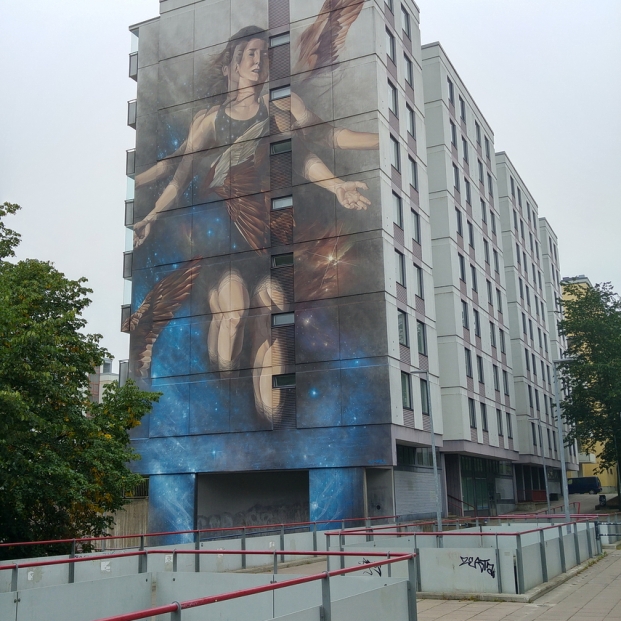 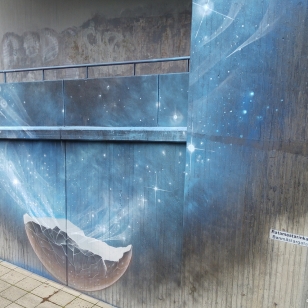 Some days ago my husband told me there is a new, 34 m high, mural in Pasila, Helsinki painted by Li-Hill a Canadian artist. He asked me would I be interested to go there to see it. Of course I was. We were there yesterday. On the way I said, I think there is still too much fog to be able to see it in full. Fortunately the fog had almost disappeared by the time we were there. The woman in the painting is Finnish and lives in Pasila. It is an impressive painting. 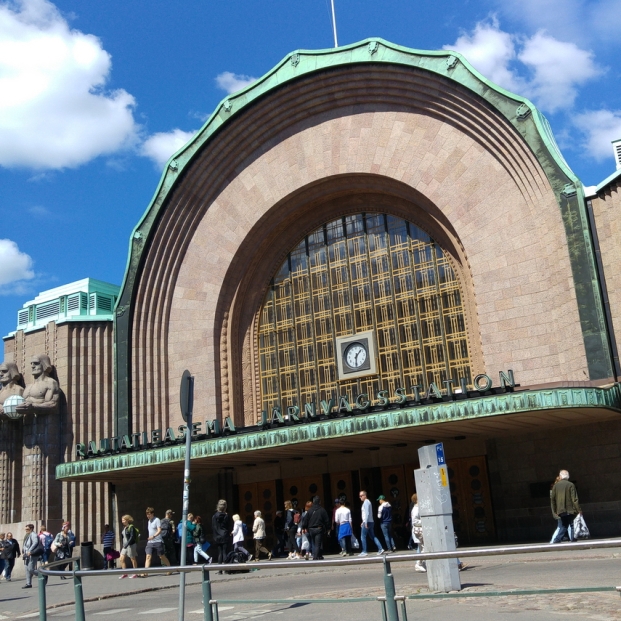 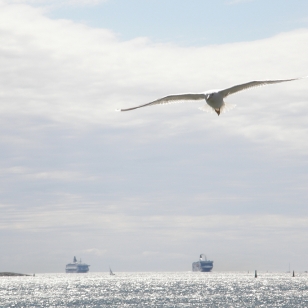 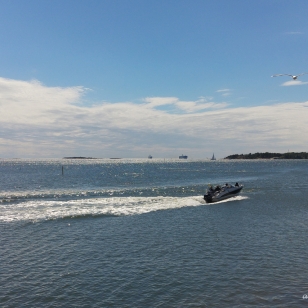 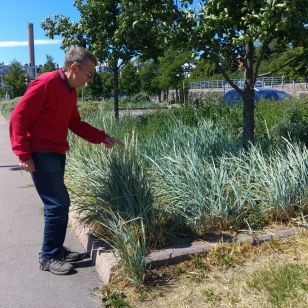 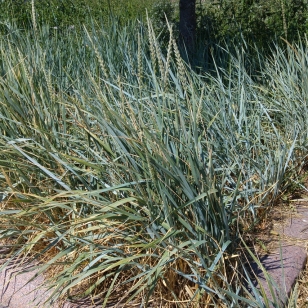 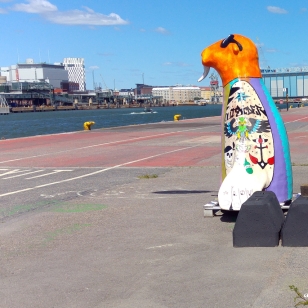 On Sunday we had some errands to Helsinki. The weather was gorgeous. On the way home we took a tour by the shoreline of Kaivopuisto, Eira, Hernesaari and West harbor. Here a few snapshot shot with my phone. 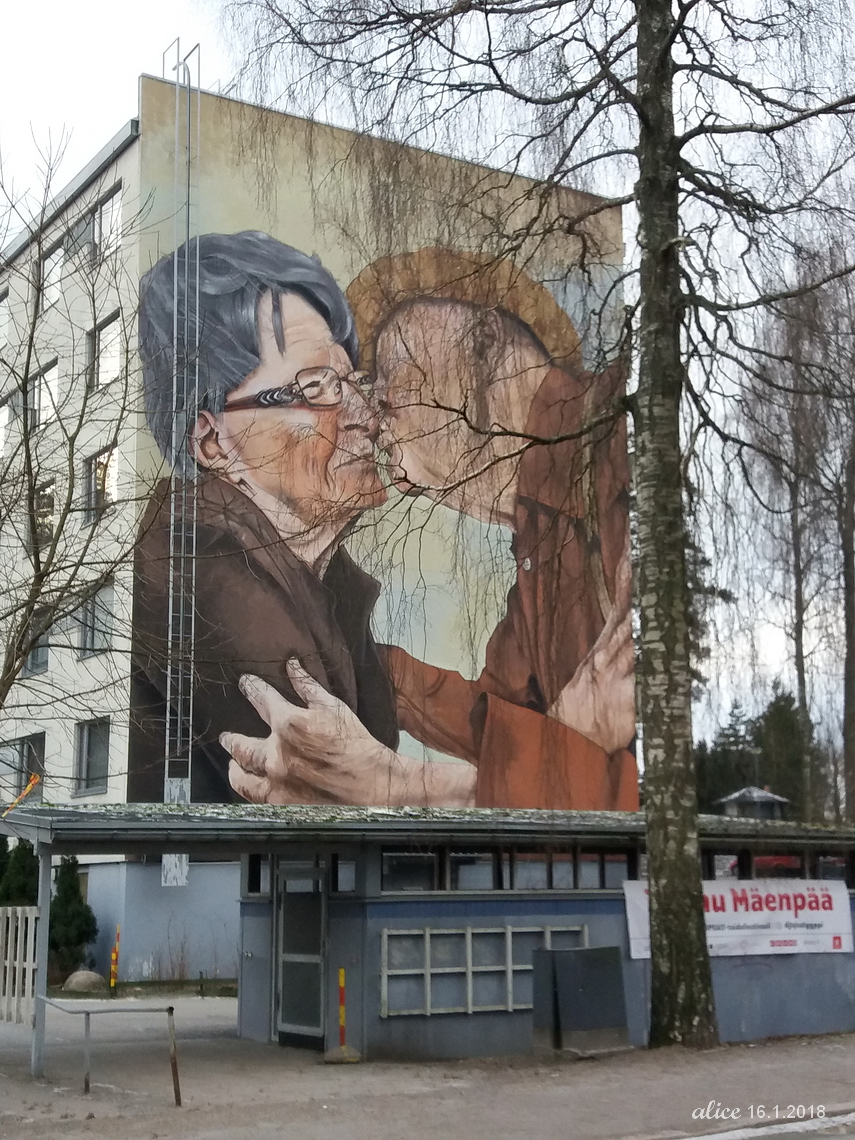 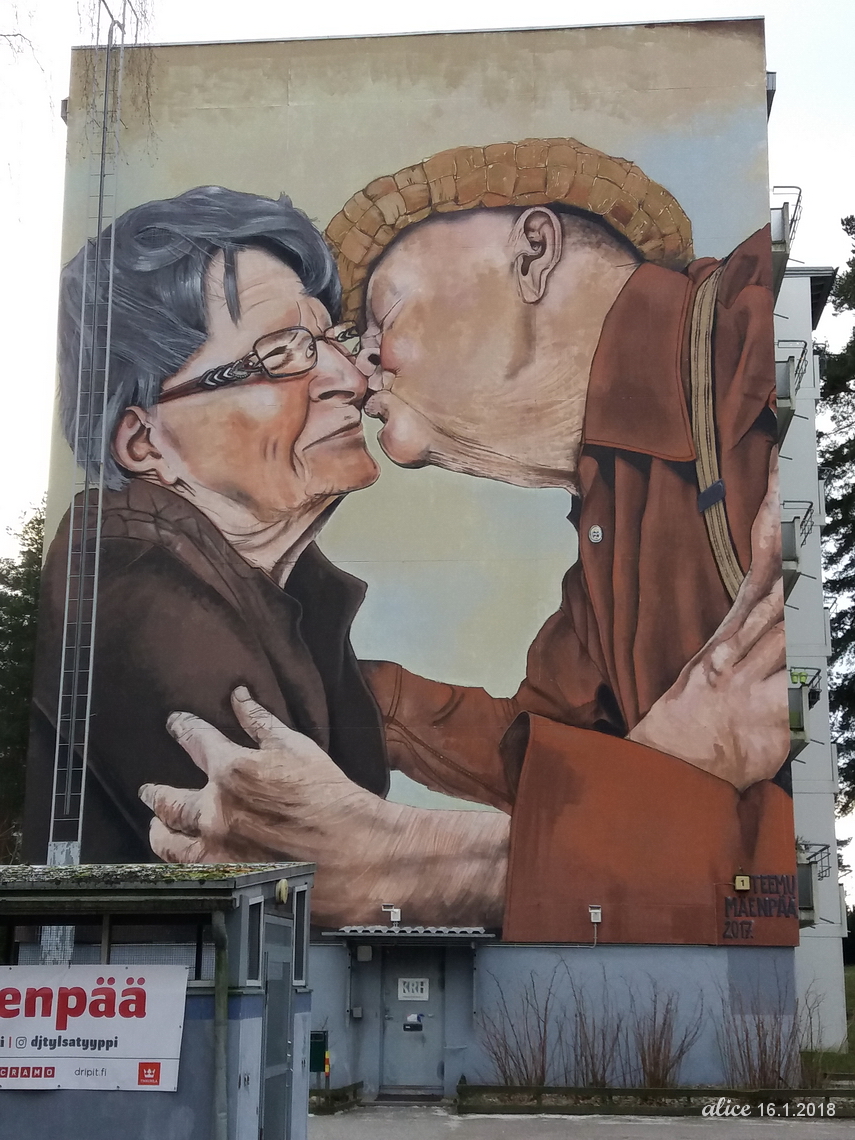 We had read about the mural in Karakallio painted by a Finnish artist Teemu Mäenpää. We, today, were in the neighbourhood in some errands and decided to drive there on the way back home. It’s a nice painting, isn’t it ? I like it. The story tells the couple in the painting lives there.

About three weeks ago, when we visited friends in Hämeenlinna, we together, went to look at the mural the Australian artist Guido van Helten just had started to paint. It already then looked fantastic. Our friends had told us he is now almost finished with painting. Yesterday on the way back from the automobil and road museum Mobilia in Kangasala via Hämeenlinna we again went there. The fog really was thick all day long. I thought it would be impossible to shoot any photos of the murals. Luckily right before in Hämeenlinna the fog disappeared. It still was gray but good enough visibility to shoot the murals. WOW ! He had finished two paintings and was working on a third one. They all are amazing, beautiful, breathtaking,huge, impressive . . . 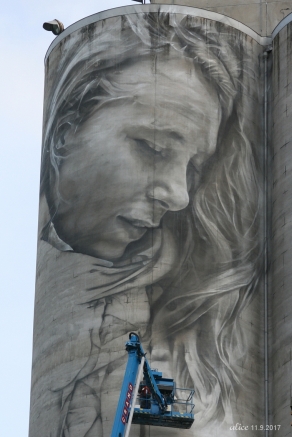 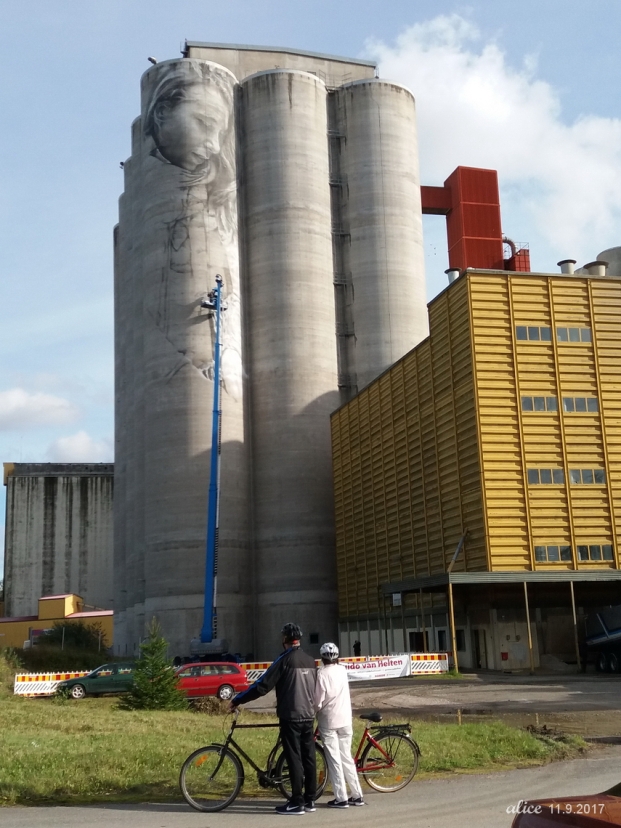 Today we visited friends at their summer place. They told us there is going to be a huge mural on the wall of the Kantola silo not far away from them. The artist Guido van Helten already has started to paint it. Our friends said it’s not finished yet but if you are interested then let’s go see how it looks like at this stage. I actually have seen some pictures of his murals on the internet but to see him live high up there on the crane painting was breathtaking. I’m not sure how tall the silo is but I read in a paper the mural will be Scandinavia’s tallest one, 50 m tall. Amazing, beautiful. Dear friends, thank you for a great day and for taking us there.