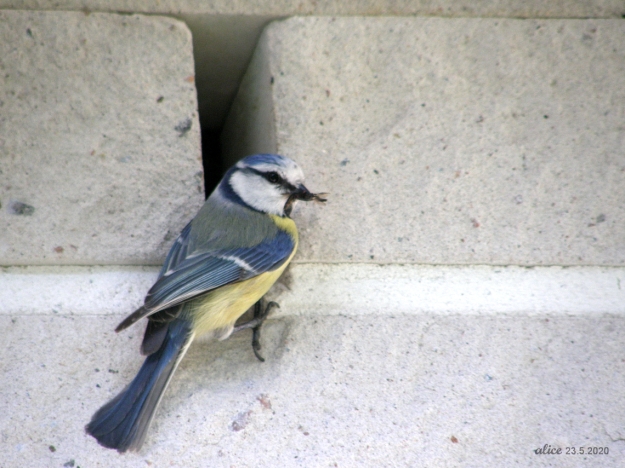 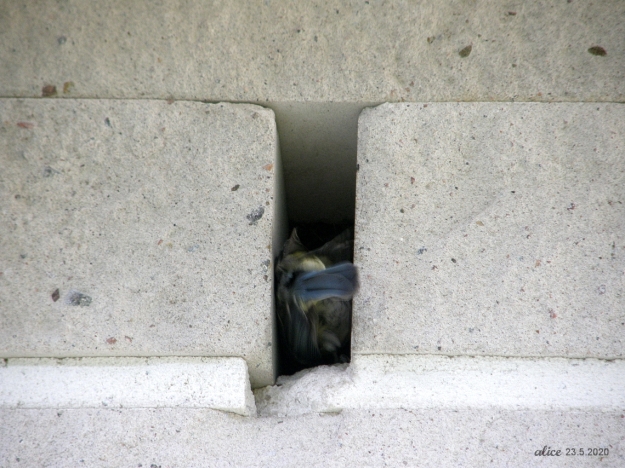 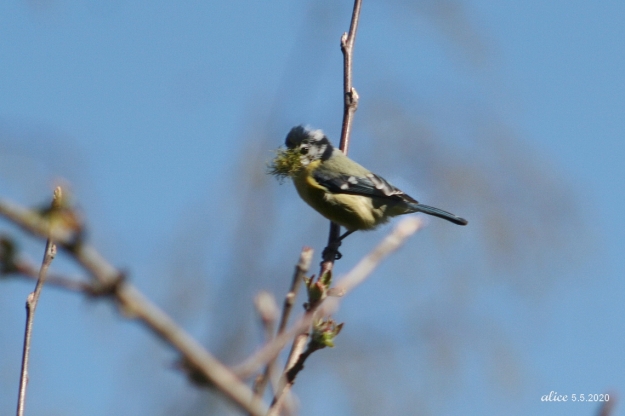 Since mid April a blue tit couple have been really busy building a nest in our wall behind the bricks. There are some narrow gaps between some of the bricks after the snow some years ago took the ladder down. Unfortunately we have not fixed the issue yet. The birds flew (they squeeze them selves) in and out with their beak filled with building materials. From early morning to late in the evening. Both hundreds of times. Mostly moss from our lawn. In the beginning when they started building the nest they were very wary. They didn’t fly in before we went indoors. I tried to take some photos of them with their beaks filled with moss. But, they are no good because the birds stayed high up in the apple tree. I talked to them every day and still do. By now they are pretty used to us. The eggs have latched and there are now hungry babies. The parents fly in and out a hundred times with insects in their beak. No time for break to rest.