An other mural in Karakallio. The first one was painted by Teemu Mäenpää in September 2017. I photographed it in January 2018. My blog post of Jan. 16th 2018. A second mural was painted by the Argentinean artist Pastel in May 2018. We don’t go to Karakallio often. But, we actually were in March this year. But, I forgot to look for the Pastel painting. Yesterday on the way back home we drove through Karakallio. Ones again, I said, stop, stop stop. My husband, as always, WHY ? I spotted the painting I told you about for several times. It was in the afternoon and the wall was on the shadow side. My first thought was to go back, e.g. today. But, decided not to. The photos are what they are. 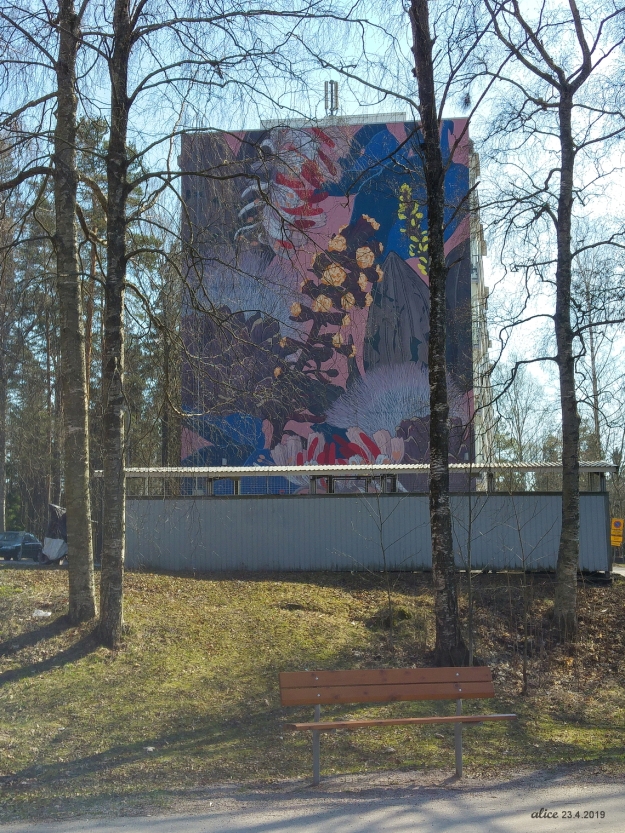 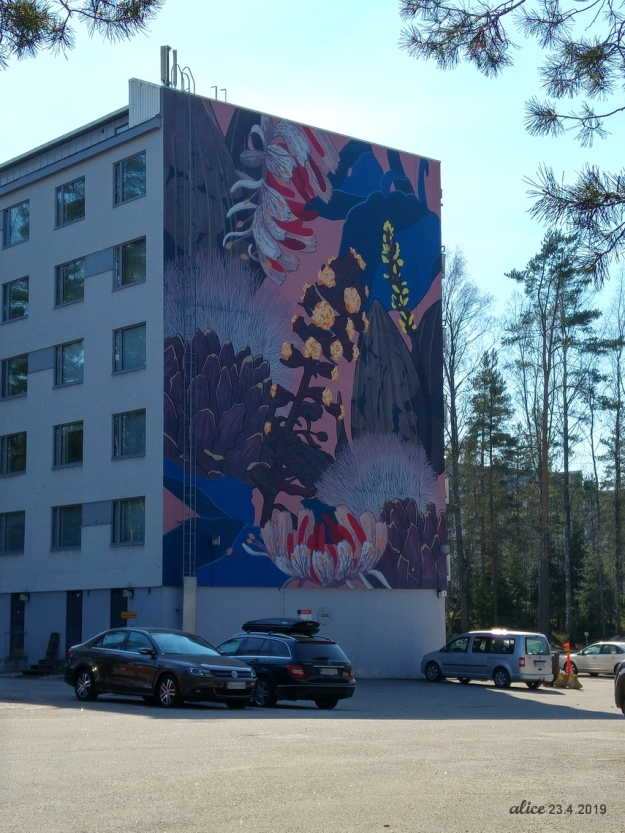