My husband’s hobby is old motorbikes. He doesn’t own a Jawa of his own but many of his friends do. This year’s Jawasakki Rally was held in Siikaranta Hotel Nuuksio which is only about a 25 minute drive away from us. As neither of us have never been there and the weather was fairly good we decided to go there. My husband met many acquaintances some which I too have learnt to know.

Over 200 Jawa bikes, from many countries, attended the event. Our friend S. who also took part in the 3 day event said he had been talking to a guy who drove all the way from Scotland. I don’t know much about motorcycles. To me some of them looked like they had never hit the road. So clean and shiny. Others like they had made it twice around the world. Dirty, rusty. 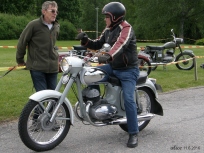 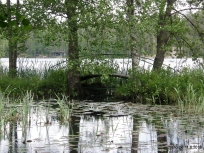