Throughout the spring and summer we had plans to go to the Helsinki Zoo. Yesterday morning I checked the weather forecast for two weeks ahead. It still is warm here. The day temperature around 20 degrees Celsius and sunny. (Much warmer than last time, 2,5 years ago, when we where at the Zoo with our nice.) Soon to change. In the beginning of next week it will drop to about 10 Celsius. 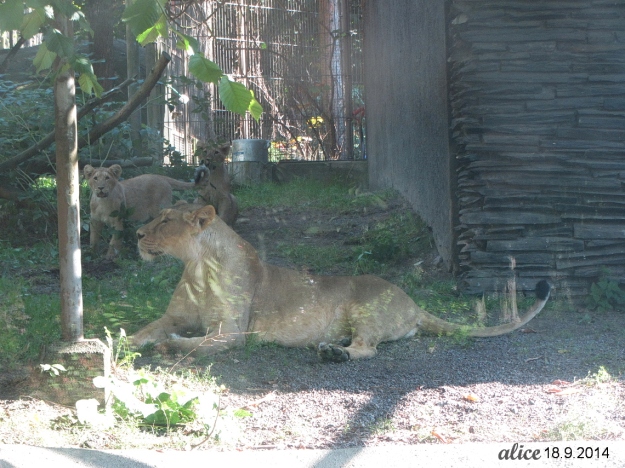 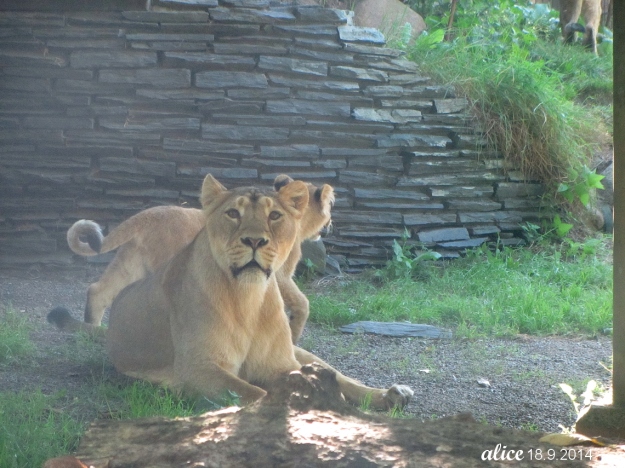 Yesterday was a perfect day to finally go to the Zoo. We were looking forward to see the lion cubs born in the spring and the new pandas. The cubs have grown but still are very cute and full of energy. Unfortunately they were the only ones of the big cats we saw. I guess all the others were napping. I took a couple of pictures of them but they are no good. It’s hard to shoot through the glass with the sun from behind. 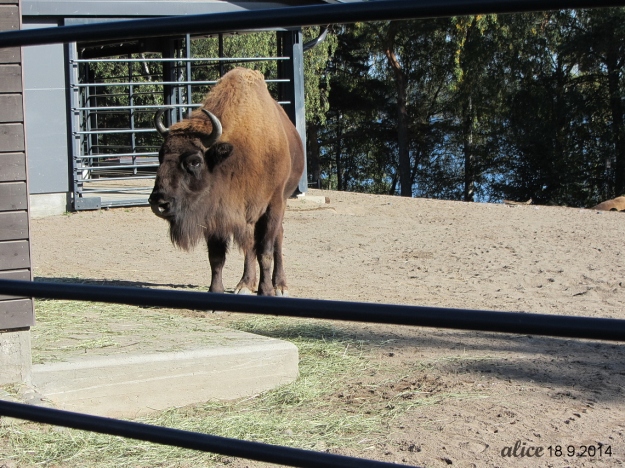 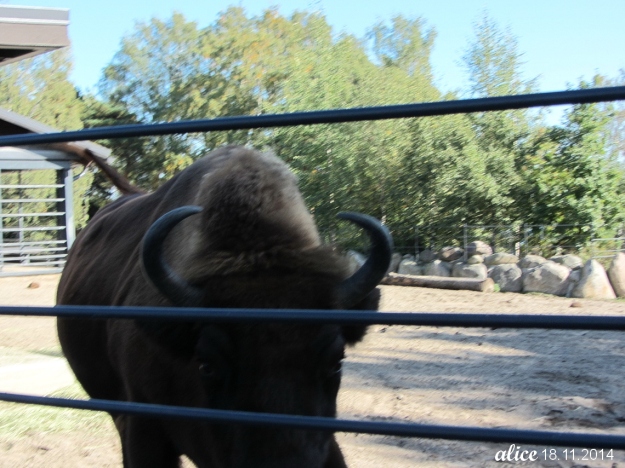 Look, a buffalo 🙂 Good, no glass. Click ! Eeek, the buffalo turned and ran towards me in high speed. He snorted angrily. I could see steam coming from his nostrils. Ugh, I thought he would bang his head into the iron bars !Uff, you SCARED me! ! ! YOU behave like a buffalo ! 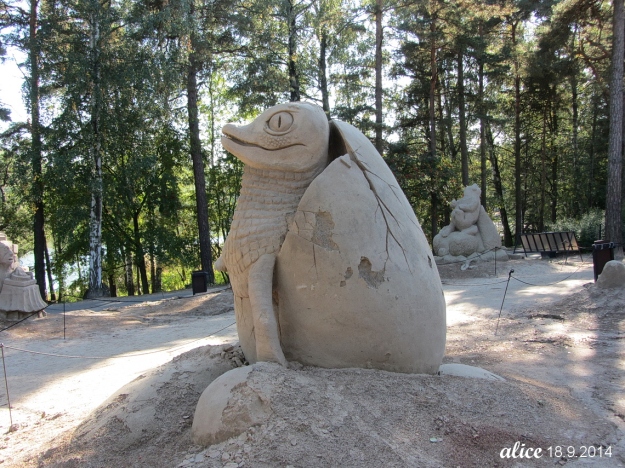 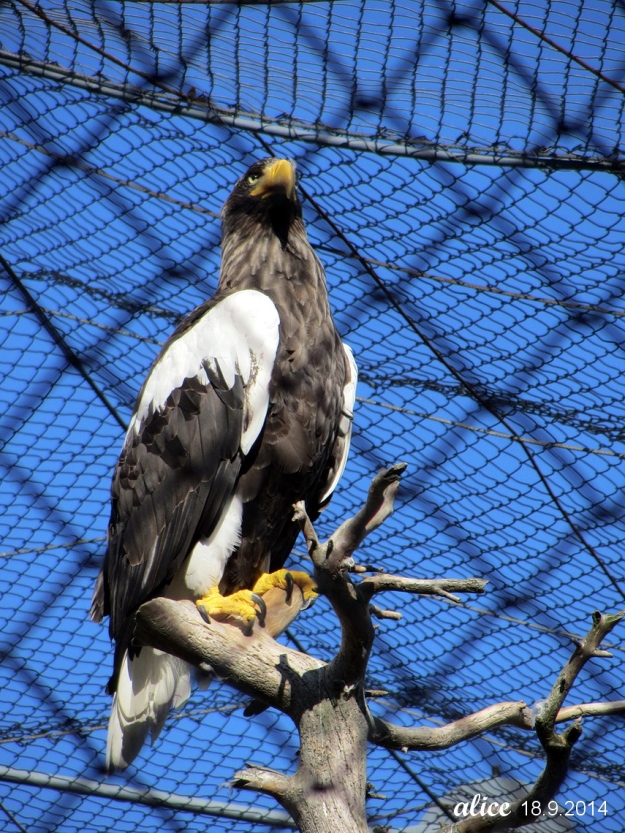 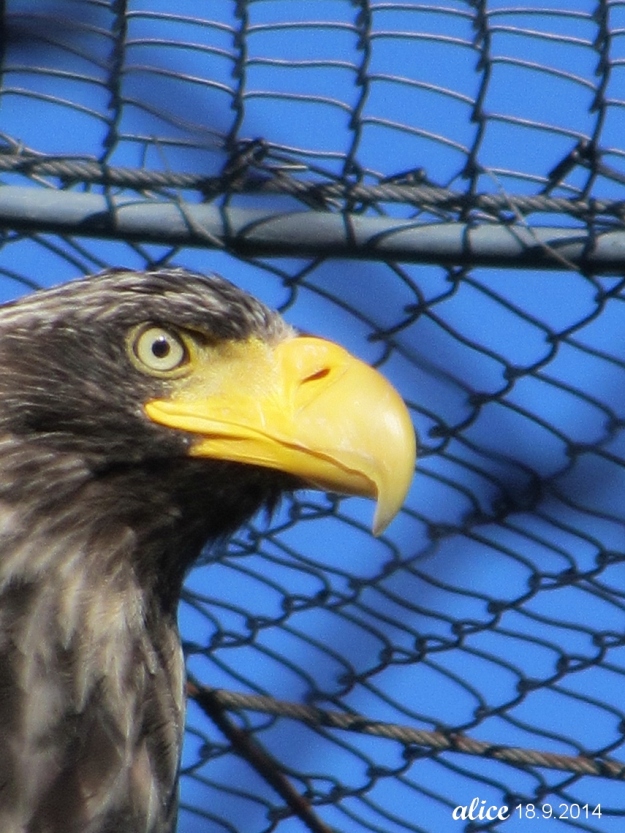 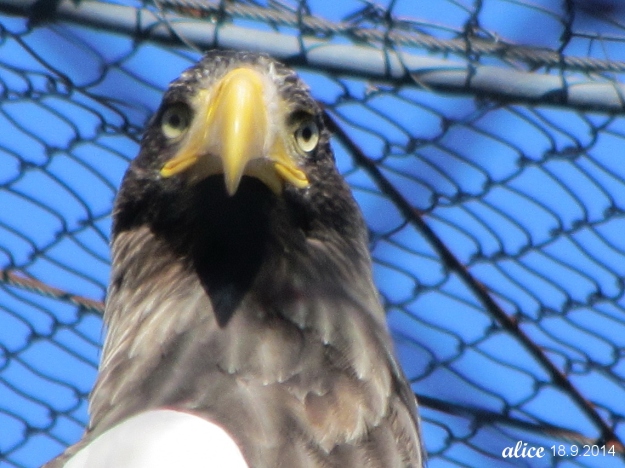 In the summer the Finnish Championship Art meets sand was held at the Zoo. Wow ! The sculptures still are in good condition. I said I’ll also take pictures of them and the sea eagles. A large bird with strong beak and strong claws.

Leif said take your time, take as many pics as you want to. Off he went with a see you at the bear castle. In less than ten minutes I was done with the photographing. I went to look for Leif. What ! No Leif nowhere. Has he been swallowed by the earth or by a bear. No problem, I’ll call him. Oh no, he has my bag. I had asked him to carry it as it was so heavy. In the bag, of course, my phone and money. He had tried to call me only to hear my phone ringing in the bag. At last, after, about 45 minutes, I heard him whistle and holler. He had spotted me on the bridge from the island to the parking lot. While he was waiting for me he had a long nice conversation with a woman from Switzerland. So typical of him 🙂 It was a hopeless feeling without a telephone. I hope it will not happen never again.