Today is the last official day of summer. The geese also know it. Already for some days there has been huge flocks of them flying over our house moving southwards. They are loud. You can hear them gaggle and cackle from far when they are coming. They every year make a stop on the same field(s) not far away from here. They eat grain left on the ground after the farmers have harvested. On the way back from the supermarket I saw them landing. I told Leif to stop the car because I want to take some pictures. There was a man also shooting. He had a professional camera with a huge lens. I had my small pocket camera. After a few shots the birds, to me, all suddenly, unexpectedly took off. They flew right at me. They were so low that I was able to feel the breeze of the wings. For a second I feared some of them would crash on me so I closed my eyes and pushed the trigger. When I opened my eyes I could see the tail feathers of them. One last click and the whole flock disappeared. 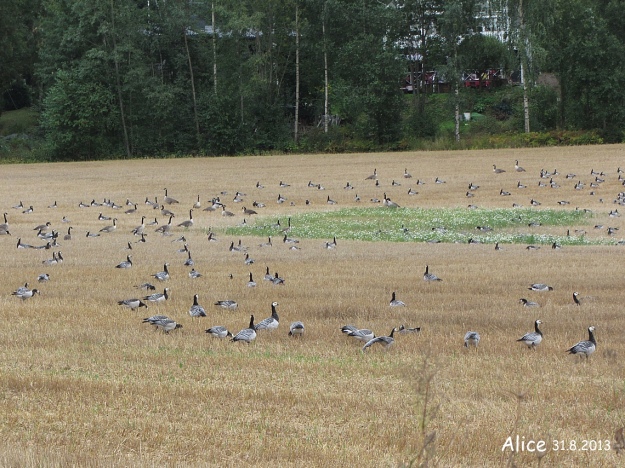